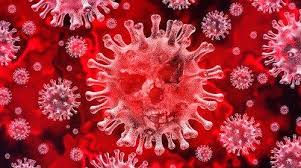 On 20th March 2020, the Chancellor announced the Coronavirus Job Retention Scheme (‘the CJRS’), designed to introduce a scheme whereby employers can secure funding by way of grant to continue paying a defined part of the salary of employees who would otherwise have been made redundant or had their employment terminated as a result of the Covid-19 pandemic. The CJRS is backdated to 1st March 2020.

The scheme does not extend to the self-employed, who were later covered by a different scheme (the Self-Employment Income Support Scheme) that was announced on 26th March 2020.

The CJRS allows employers to ask employees to stop working, but supports employers with cash grants of 80% of the salaries of those employees, up to a cap of £2,500 per month. If 80% of the salary is less than £2,500, then the lower sum is payable. An employer can choose to top up an employee’s salary to the full 100% or above the £2,500 cap, but is under no obligation to do so. Where 80% is below the National Minimum Wage, employers are under no obligation to ‘top up’ to the National Minimum Wage.

For employees whose pay varies from month to month, for example those on zero hour contracts, the 80% sum is calculated using the higher of the same month’s earnings in the previous year (i.e. looking at April 2019 to calculate April 2020), or the average monthly earnings over the entire 2019/20 tax year.

For any employees who have been employed for less than one year, the 80% sum is calculated using an average of their monthly earning since they commenced that employment.

Furloughed employees remain liable to pay income tax and National Insurance contributions, as well as any other deductions that may be applicable (such as student loan repayments).

Those employees on maternity, paternity, adoption or sick leave are entitled to the payments that they would ordinarily be entitled to under those schemes instead of the CJRS, however may be moved on to the CJRS once their eligibility under those other schemes ceases. If a sick employee is receiving SSP, it is not possible to ‘top up’ using CJRS; an employee cannot be on both schemes.

For an employee to qualify, the employee must be furloughed for a period of not less than three weeks, and must have been on PAYE payroll no later than 28th February 2020. There are no restrictions on the size or industry of the employer. The scheme also covers employers’ National Insurance contributions, as well as employers’ contributions to any auto-enrolment pension scheme.

The CJRS extends to any employee covered by PAYE, whether they are zero-hours staff, flexible contractors or company directors, as well as any employees who were made redundant after 28th February 2020 and subsequently re-hired by the employer. It should be noted that the CJRS only covers basic pay and will not extend to bonuses, commissions or any dividends to which directors or shareholders may be entitled.

The CJRS is currently time limited for a period of three months, however the Government has indicated that it will extend the scheme if deemed necessary.