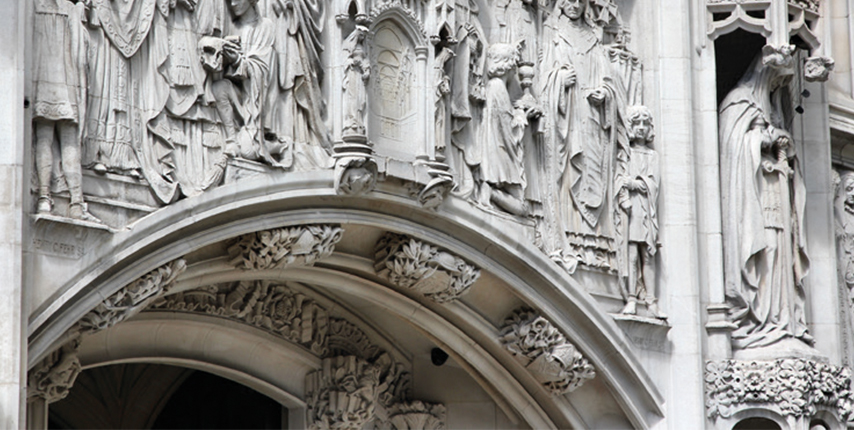 Today, on a hot day in July, the Supreme Court delivered three decisions of great significance to commercial litigators and the insurance industry. They deserve your attention.

The first case, Versloot Dredging BV and anr (Appellants) v HDI Gerling Industrie Versicherung AG and ors (Respondents) [2016] UKSC 45, is an insurance case concerning the effect of dishonest but non-material embellishments to an insurance claim. It forms the subject of a separate news item on this site : see Non-material lies and insurance claims.

The other two cases are decisions of nine judge courts, where multiple judgments are delivered and require consideration. They concern the effect of illegality and the test applied by the House of Lords in Tinsley v Milligan, and whether a claim can be brought for malicious prosecution arising out of the bringing of a civil claim by one individual against another, and not simply as a result of a criminal prosecution.

In Patel (Respondent) v Mirza (Appellant) [2016] UKSC 42 Mr Patel gave the appellant Mr Mirza £620,000 with which to place an illegal bet based on insider knowledge of the commercial dealings of a bank. The insider information did not come through and the bet was not placed. However Mr Patel’s claim for the return of his money was met by a defence that the contract was tainted with illegality and was therefore unenforceable. The Court of Appeal disagreed, and so did the Supreme Court. While the decision was largely founded on the issue of restitution to the pre-contract position the judges commented, in a 92 page and 270 paragraph judgment, on the scope of the illegality doctrine and how the “reliance test” espoused in Tinsley v Milligan, which had been widely criticised, should no longer be followed.

Lord Toulson, giving the lead judgment, observed that the essential rationale of the illegality doctrine, as explained by the Supreme Court of Canada in Hall v Hebert [1993] 3 RCS 159, is that it would be contrary to the public interest to enforce a claim if to do so would be harmful to the integrity of the legal system. In assessing whether the public interest would be harmed in that way, it is necessary to consider a) the underlying purpose of the prohibition which has been transgressed and whether that purpose will be enhanced by denial of the claim, b) any other relevant public policy on which the denial of the claim may have an impact and c) whether denial of the claim would be a proportionate response to the illegality. Various factors may be relevant, but the court is not free to decide a case in an undisciplined way. The public interest is best served by a principled and transparent assessment of the considerations identified, rather by than the application of a formal approach capable of producing results which may appear arbitrary, unjust or disproportionate.

In considering whether it would be disproportionate to refuse relief to which the claimant would otherwise be entitled, as a matter of public policy, various factors may be relevant. Potentially relevant factors include the seriousness of the conduct, its centrality to the contract, whether it was intentional and whether there was marked disparity in the parties’ respective culpability.

In Willers (Appellant) v Joyce and another (in substitution for and in their capacity as executors of Albert Gubay (deceased)) (Respondent) (1) [2016] UKSC 43 the Supreme Court divided 5:4 in its decision to extend the right of action to the malicious pursuit of civil claims as well as criminal prosecutions. According to Lord Toulson and the majority the combination of requirements that the claimant must prove not only the absence of reasonable and probable cause, but also that the defendant did not have a bona fide reason to bring the proceedings, means that the claimant has a heavy burden to discharge. The claimant was therefore free to pursue his claim.

Lord Neuberger identified twelve reasons why the tort of malicious prosecution should not be available in respect of civil proceedings between one private litigant and another as well as in criminal proceedings; the key ones being that the tort would be inconsistent with the general rule that a litigant owes no duty to his opponent in the conduct of civil litigation, inconsistent with witness immunity from civil liability, create a danger of satellite litigation, and may have a chilling effect on the bringing of civil proceedings.

Lord Mance argued that this extension of the law was supported neither by the authorities nor by policy. Lord Sumption argued that the common law must develop coherently, and the recognition of a general liability for maliciously prosecuting civil proceedings circumvents the principled limits that the courts have imposed on the tort of abuse. Its developments must also be warranted by current values and social conditions, and the courts have far more extensive powers today than they did a century and a half ago to prevent abuse of their procedures. Agreeing, Lord Reed also cautioned against relying on 16th to 18th century cases in a judgment’s reasoning, especially when constructing their historical context may be difficult.

and here for the judgment in Willers.